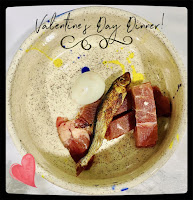 I'm obviously a sucker for punishment. I'm experimenting a little with the dog's diet again. Her poop diary's last entry was on 10 December, 2020. I'm ready to clean up poop at home again, provided the poop patch isn't on the carpet. Hahaha.

Choya's a champ with raw food. She loves it, and thank gawwd her digestive system could handle it. It's offal that her stomach cannot deal with, so I have to be super circumspect with including <10% in every meal. Venison and beef remain her favorite meats. She likes chicken feet and offal, but she isn't so fond of chicken breast. The meat I wanted her gut to get used to, is duck. She's had freeze-dried duck breast and offal, and loves it! But she hasn't had duck in the fresh form. It's a novel protein to her.

So I ordered a batch of duck breast meat, testicles, feet and hearts from BOM BOM BASIC. That's like a grocery store with top grade meats and cuts. I love how they seal the frozen meats and such. I only have an issue with their delivery days and timings which are completely unfriendly to my schedule. I had to make a special effort to stay in one night to take delivery of the frozen items. If you prefer their help to customize meals for your pets, then BOM BOM is the way to go. However, not all pets' digestive systems can deal with a raw diet. It might also not suit your lifestyle. Don't be swayed by raw feeders who could be super aggressive. Do your own extensive and thorough research, speak to your vet, observe your pet, and then make your decision and stand your ground. After that, keep reading up and doing research as your pets' gut flora shifts throughout their lives.

I was extremely cautious with the portions of organ meats and feet when prepping Choya's meals these few weeks. Introducing a new protein to her gut is a slow process that could take four weeks or more. I also don't feed her fully on one protein. There hasn't been a need to do any food elimination trials. Her meals are pretty mixed and balanced. For now, I only do duck for two non-consecutive days (two consecutive meals separated by two days in between) in a week. Also, I mix in other regular food to line the stomach, so to speak. This time, I made sure to feed her on the days that I'm at home and could catch her cues to go out for a poop run.

That day, I bravely did two consecutive meals of duck. Foot, breast meat and heart. The first meal was dinner, and she was fine through the night. The second meal was lunch at 1pm. At 4.30pm, she asked to go poop. She had minor low-volume diarrhea; nothing that I was worried about. It was just a one-off. I fed her exactly the same things that same night for dinner, but added psyllium husk and slippery elm. So I guess she shouldn't have two hearts in a row. Oops. It ought to be one heart over two meals. Her gut is intolerant of tripe, liver and such organ meats.

Whatever it is, three weeks into having duck in her digestive system, coupled with daily probiotics, and fibre blend that includes slippery elm and psyllium husky, Choya's gut flora is pretty much balanced. Duck is in her food roster now! The one-off poop and such isn't much to worry about, considering that she rolls around outdoors. As long as she isn't poisoned. To see my picky-about-food small-eater dog enjoying her meals is such a relief. On days she's had loads of exercise and activities, she comes to ask me for more food. I'm happy about that. 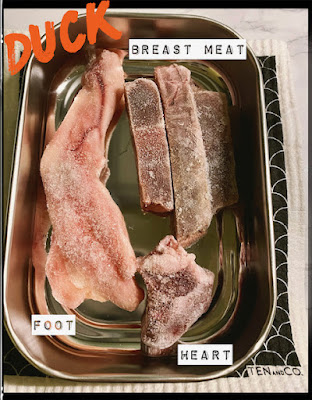 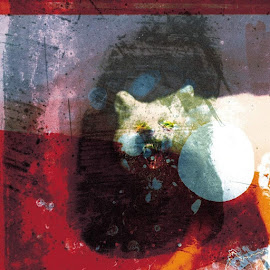 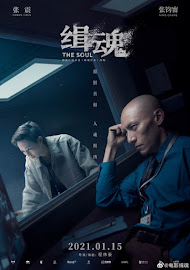