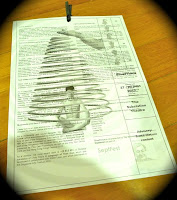 Conceived and directed by Bryan Tan, 'BluePrince' was written and compiled by Robin Loon who last did 《男男自语》that premiered at Singapore Arts Festival to rave reviews. Presented by the Substation and The Blue Statesmen, the play was performed by Oliver Chong who managed to hold the audience's interest in the entire play with just his expressive eyes, tone of voice, lighting and stage props.

Carefully set up, the stage was blanketed with hanging coils of Chinese incense and ambient red lighting. All about an artist and his thoughts, with many references to Kuo Pao Kun's works, a bit of an introspective thing going on about questioning the values and roles of an artist's work within the society. One day, the actor oddly wakes up in an electrical substation, with painfully bright stark white fluorescent tubes lit up to indicate the change of scene. He made it his home, and invited us to share his rather surreal dreams, and thoughts that controlled the electrical impulses.

This month celebrates the works and vision of theatre frontman Kuo Pao Kun and also his wife, leading pioneer Singapore ballet dancer Goh Lay Kuan. I'm not really sure how familiar we ought to be with Kuo Pao Kun's plays before watching 'BluePrince'. Frankly, there were many specific references to known plays, and I don't know them. I only caught some of them without full understanding- 'Day I Met The Prince', 'The Coffin Is Too Big For The Hole', 'Mama Looking For Her Cat', and 'The Little White Sailing Boat'...perhaps, et cetera.

Mid-way through when the play switched to a background of Chinese narrative, I was totally lost. Never mind me. My entire row of friends all had this look of 'huh' on their faces. From what I understood about the narration that also used poems, they were relevant to the actor's not-lengthy lines. So subtitles would have been nice, like really nice. It was right at this juncture that we heard thunder and the heavy fall of the rain. We actually thought it was part of the dialogue, sound effects and mood settings. But after a while, we realized that the sounds were for real. Heh.
posted by imp at 6:21 PM 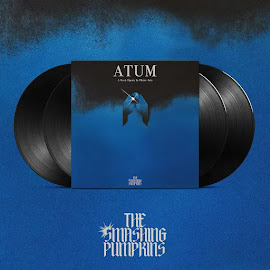 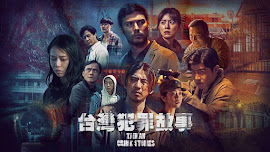 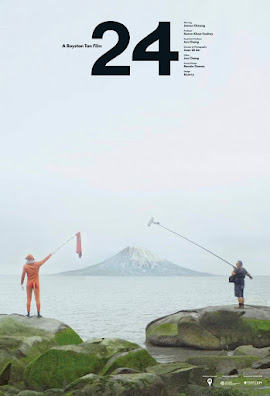